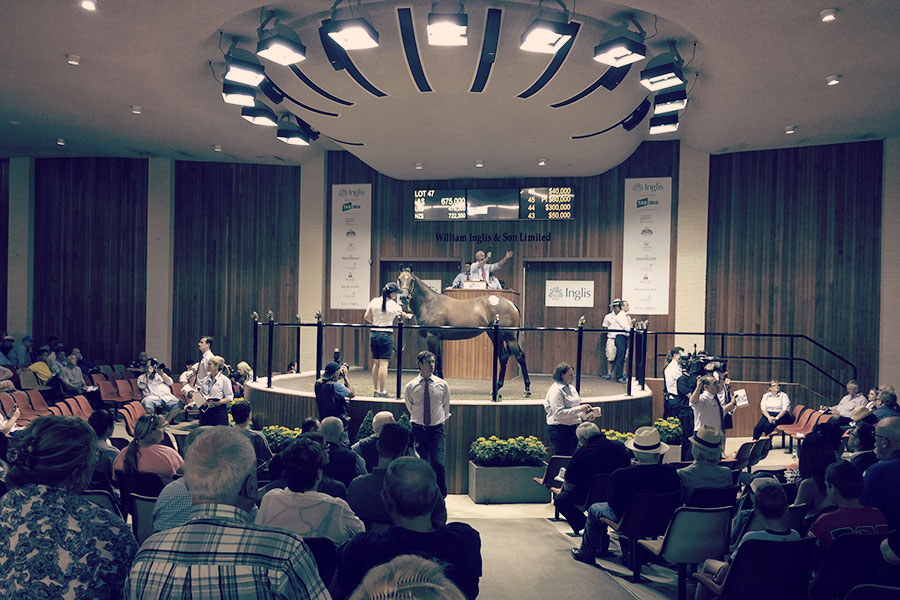 What a vibrant thoroughbred trading period 2016 has been in AUS starting in January and still firing strongly in June. This time it was the broodmares and their recently weaned stock that were the currency and buyers have been jumping out of trees to take a leg or four.

There is an appetite for the trade and traditional pinhooking of weanling to yearling isn’t enough for those desperate to supply an increase in demand across the market. We’ve seen off the track mares placed in foal and sold on before delivering the goods. Mare to mare, weanling to weanling, some astute traders are holding stock for less than 2 months (in some cases less than a week) and making profit. Younger black type mares and popular sires a recipe for big results. Conversely, poor performing producers seen as a write off!

Where is the demand coming from? Stable Financial is receiving regular enquiry from new entrants to the Australian breeding market, some domestically but overwhelmingly the enquiry is international. The Americans and Chinese in particular seem to be positioning to have a permanent base in Australia. This robust industry appears to be shaking off any attempt to rein in the demand (Brexit, international political and economic instability etc). The resilient thoroughbred industry appears to have a lot of air left for those smart enough to keep stoking the fire!

Magic again on the Gold Coast

International buyers were out in force at the recent Magic Millions National Broodmare sale on the Gold Coast, with twelve of the top twenty sales by sale price purchased by International interests. Five broodmares topped the $1 million, but it was Listen Here, who stole the show with a record price tag of $3.4 million.

Listen Here, who was Australian Broodmare of the Year for the 2014/2015 year, was offered for sale in foal to Medaglia d’Oro. Her first two foals were record-breaking Deep Field and Group 1 Caulfield Guineas winner Shooting To Win, both now exciting young stallions, and there was plenty of excitement around such a quality broodmare being offered for sale. New Zealand bloodstock agents, Michael Wallace and Bruce Perry, were the winning bidders on behalf of China Horse Club and Cressfield Stud. The China Horse Club were delighted with their purchase and seemed to be comfortable with the price tag, with their press release following the purchase stating ‘How do you value the equine equivalent of a Faberge Egg?’.

Group one winning mare and daughter of Lonhro, Bounding, took the honours on the first day of the sale, selling for an impressive $1.9 million. She was purchased by America’s Stonestreet Farm. 674 broodmares went under the hammer for an average price of $133,600 and clearance rate of over 83 %.

At the National Weanling sale, clearance rates were up at over 88%, with an average of $59,412. The top priced weanling was a Fastnet Rock x Temple of Peace colt who sold to James Harron Bloodstock for $400,000.

Magic Millions labelled its National Sale a ‘remarkable’ success, with 1350 lots going through the sale, and international buyers originating from 10 countries.

The Great Southern sale held last week was simply, Great! All up, an extra $4.6 million in turnover across the four sale categories.

The vibe felt better at Oaklands! There is momentum in Victoria and it stems from recently announced increase in VOBIS prizemoney and the introduction of Vic Sires, a breeding incentive program funded by Stallion owners jointly with Racing Victoria.

In particular, weanlings were very popular with many fresh sires represented including Unencumbered (standing at Three Bridges) with 8 sold at a median of $42,500. A healthy multiple of the service fee for a weanling transaction!

For those wanting to take part in the action, Thoroughbred Breeders Victoria (TBV) is holding information (social) nights in July so visit www.tbv.com.au