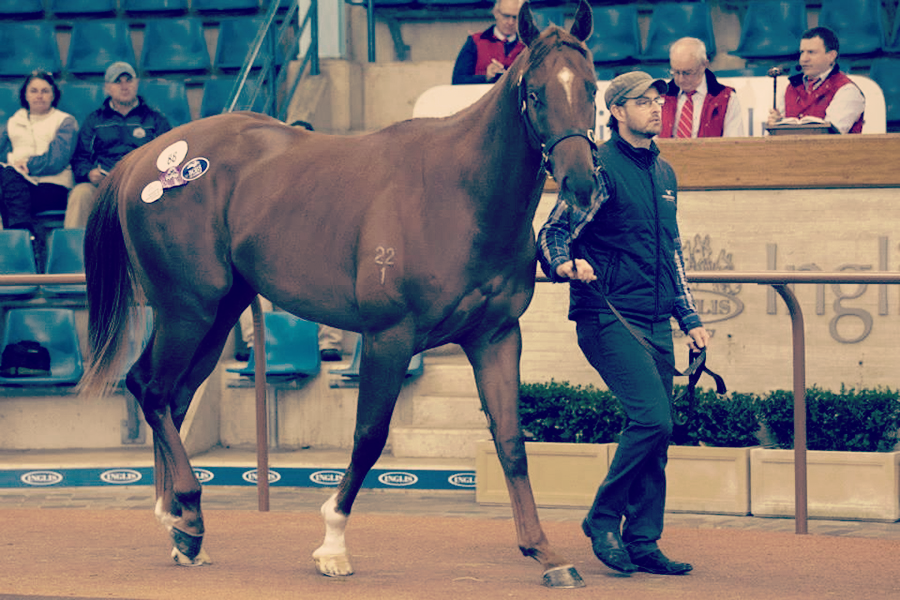 September 1st every year marks a special date for Australian thoroughbred breeders, with the beginning of the new breeding season. The first day of spring brings excitement to all involved. Winter is behind us now and we’ve attended the stallion parades, the 2016 service fees are announced and this year’s freshmen have arrived at their stud for their first season.

It brings a time of reflection and contemplation for breeders, assessing the progeny from their mares of previous years, investigating matings, matchings and nicks and attending stud stallion parades.

Whether you’re breeding commercial stock for auction or breeding to race, the public auction results provide an indication of participants’ confidence in different stallions based on type and bloodline.

Accordingly, we have investigated the returns on service fee for yearlings sold to identify which breeders were the big winners in the 2016 public auctions.

Using sales results from Bluebloods Magazine and only considering those stallions that stood in Australia in 2013 and sold more than 10 yearlings through public auction in 2016 we can identify the best returns on service fee, and there’s no surprise who’s on top!

Zoffany was also impressive, for his 13 yearlings sold in Australia he returned 12 times his service fee of $8,000. With an average of $97,842, breeders who supported Zoffany easily covered their service fee and holding costs for the progeny, with a nice profit left over.

Not surprisingly, Written Tycoon was the best performing Victorian stallion. In 2013 his service fee was $12,500 and he averaged an incredible $103,940 for his 40 yearlings sold.

For the first season sires, it was Delago Deluxe who returned his service fee the most. For his modest service fee of $10,000 he averaged $97,833. The best performing first season Victorian sire was Swettenham Stud’s Melbourne Cup winner Americain. He had 16 yearlings sold for a return of over 4.5 times his service fee.

Helmet, Sepoy and So You Think, all suffered slightly from being in their second crop, although all still averaged above their service fee. However, it was Canford Cliffs, Trusting & Smart Missile that seemed unaffected by being second season sires, returning around 6 times their 2013 service fee. All throwing a great bodied horse that the public were happy to support in their second crop.

Finally, the top of the table clash. For those stallions that had a service fee higher than $50,000 Exceed and Excel was on top. He averaged $289,919 for those who made the $80,000 investment three years ago. However, there’s a notable mention that should go to Snitzel, who stood at $45,000 and average a whopping 6 times return on his service fee across a huge crop of 117 yearlings sold at public auction.

After we reflect on the 2016 year’s sales results, and with the dawn of the new breeding season, breeders have difficult choices to make. You need to understand your broodmares, the size and quality of stock they throw, matchings and nicks and how much you’re comfortable to spend. Make sure you’re not over capitalising on your service fee by overestimating your broodmare, don’t be afraid to seek advice, do your research, take your time and be confident in your final choice. The Australian market appears to support quality stock from any price bracket but you are also trying to predict what will be fashionable in almost 30 months time.